Blockchain platforms are growing fast in the technology sphere, and there is high demand for software engineers in Blockchain technology. It’s over 10 years since we witnessed the birth of Bitcoin with its exceptional functionalities using the blockchain.

After several years of evolution, some blockchain projects have already captivated individuals and companies around the world. In today’s society, you may find many decentralized program platforms for trading and have access to many features through accessible possibilities.

However, many people now consider the increased availability of different blockchain ideas a positive feature. In contrast, some business owners may be receptive to the possibility of switching to the new trend blockchain projects.

Thus, as a developer, if you fail to understand newly emerging blockchain projects there is a probability you’ll get left behind.

The Importance of blockchain technology

Blockchain could be used to save an immutable record of all transactions back to the originating point of a transaction.

Blockchain could be used to save an immutable record of all transactions back to the originating point. This can also be called provenance, which is important in trade finance. This enables financial institutions to review all the steps involved in transactions and reduce the risk of fraud.

This can be achieved through providing special identities for assets attached with inviolable record keeping of their ownership. The result is a great opportunity for more financing services based on the trade of physical goods.

Some people see bitcoin & blockchain as the same cryptocurrency. Blockchain is the underlying tech of bitcoin. Both are closely related but aren’t the same. Bitcoin was introduced in 2008 as an unregulated digital currency created by pseudonymous Satoshi Nakamoto.

Blockchain technology was the system solution used to keep records. Facilitating this new digital currency since no bank, government, or police were involved in the transactions. However, Bitcoin can be considered as the first use case to leverage blockchain tech.

Thus, the confusion between the two often arises because they were introduced to the real world simultaneously. However, since introducing a blockchain network, it has been extrapolated as a ledger solution in many other industries related to digital assets other than a currency.

This includes fields such as healthcare with medical records, trade finance, owner of an invoice or purchase order and insurance, and those who have the title to a house or car.

Data stored on a blockchain is public

Some public blockchains are open, while others are privately accessible only to specified users. The use case will determine the kind of blockchain that is needed.

The following are major types of blockchain technology: Public, private, and consortium blockchains.

Public blockchain allows users to become members of the blockchain networks. This means users can store, receive, and send data after downloading the required software application on their mobile device.

Users come to a consensus before any data is stored on the database. A popular example of this type of blockchain among digital currencies is Bitcoin. Digital currency enables users to use a platform for making transactions directly between them.

In a private blockchain, permission to write, send, and receive data is controlled by one organization. This type of blockchain is typically used within an organization with limited users who can access it and carry out transactions based on their terms and conditions.

Instead of allowing users to participate in the verification of the transaction process or giving a single company access to have full control, a consortium blockchain selects only a few parties that are predetermined.

Consortium blockchain technology allows a limited number of users access to participate in the consensus process.

There is only one blockchain

Blockchain is normally used to describe a ledger technology, not a particular product, service, or solution. Blockchain will have the same denominators, like being distributed and unpinned by cryptography and having a consensus mechanism.

Many blockchains come in as public, private, or consortium. Also, there are different protocols, considered as blockchains, which can be categorized as distributed ledger technologies. Examples are Etherum, IBM, Ripple, Corda, and Fabric.

Top 10 Blockchain Projects You Need To Know About

Thanks to the industry leaders leading from the front, some of the blockchain project ideas are gradually improving. New blockchain-based projects are increasingly resolving the inefficiencies getting popular in the digital world. However, the following are the list of top 10 blockchain projects you need to know:

Honeywell has become one of the best and early adopters in blockchain project ideas and other popular technology companies. A popular industrial company in New York. It has successfully transferred more than 3 million aviation-related documents on a blockchain ledger network.

Also, it runs the GoDirect Trade platform, a blockchain marketplace. GoDirect Trade program boasts over a $4B inventory of old aviation components and has attracted more than 10,000 users.

Boeing is another popular enterprise that makes real-time entry among the top blockchain project ideas in 2021. The HorizonX enterprise arm of Boeing has invested so much effort to develop SkyGrid. Boeing is popularly known as a blockchain-powered air traffic control system for tracking and communicating with drones.

The most essential of all is that SkyGrid has successfully achieved the approval of the FAA for providing low-altitude authorization to drone pilots. More so, SkyGrid is available as a free software application on iPad.

It can be used to develop a permanent record of data for helping with the delivery package and industrial inspections. However, by leveraging the power of a blockchain-based platform like GoDirect and Hyperledger, SkyGrid holds the potential for powering autonomous flying taxis in the future.

The abundance of blockchain project ideas also conjures up with the Visa image. Its greatest strengths are its massive network of Visa access points, which includes more than 70-million merchant locations, and also, central banks are gradually focusing on digital currency creations.

As a result, Visa has been making a series of attempts to use substantial research and development to ensure it is safe and there is a flow of digital money outside its margins. Visa B2B Connect is one of Visa’s essential business ventures.

Recently, Visa announced a partnership with US Dollar Cryptocurrency as a stable designed to increase the speed of business-to-business (B2B) transactions.

The retail behemoth aided the FDA in 6 different food safety investigations in the previous year. However, the retail blockchain applications offered extensive information about the initial source of contamination in less than an hour.

Also, Walmart is planning to run a pilot program with the US Customs and Border Protection to track imported goods.

The world’s most popular software company also boasts one of the top blockchain project ideas in 2021. Microsoft company teamed up with EY to develop popular blockchain applications based on the Etherum and Quorum blockchains.

However, the company’s new blockchain mechanism for making automatic royalty payments is superior to the traditional process.

Vitana happens to be one of the blockchain project ideas that the MetLife company is working on. A white paper based on the Vitana project was recently developed by MetLife company’s Singapore-based technological development lab LumenLab, and it is a parametric insurance-related idea.

However, Vitana is centered on blockchain for insurance to incorporate the technology into other industry parts. This initiative is now working on gestational diabetes mellitus that affects pregnant women.

Thus, MetLife company makes use of the project to provide tailored plans to pregnant women to help them in the aspect of combating this ailment if it occurs.

IBM was one of the first major corporations to devote relevant resources to large-scale blockchain projects in the industry. However, using blockchain technology to gather headlines in various circles, IBM has released the Digital Health Pass application.

However, in this project idea, the organization will authenticate all aspects, equipment, and products in creating security and privacy where each data is safely processed and well secured and working in line with a company to redefine how their supply chains work.

As one of the most popular automotive multinational companies that manufacture luxury cars in the automotive industry, such as Mercedes-Benz, Daimler is now collaborating with Circulor. They are working on a blockchain initiative that will track the CO2 emission in their Cobalt supply chain process.

Their major focus is on transparency and possible blockchain solutions to mitigate the transmission of CO2. Furthermore, Daimler and Circulor want to track any secondary material that may come with their Cobalt mining.

HSBC is undoubtedly among the best companies in the financial domain with a vision for futuristic blockchain project initiatives. The United Kingdom-based bank leverages blockchain for enhancing the efficiency of its foreign exchange flows throughout its global branches.

Research shows that the HSBC blockchain ledger has helped settle more than 1.8 million trades with a nominal value of about $1.8 trillion. Digital Vault is one of the more notable projects of HSBC, and it is a blockchain-based technology platform that focuses more on the digitalization of all transaction records of private placements.

Their Securities Services department is behind the platform. HSBC wants to make sure their venture capitalists can get to their private digital assets and the data like real estate, security, debt, or equity. It is fully secure, and everything is in digital form.

Why it’s essential to pay attention to blockchain project ideas

Some people believe that blockchain technology could be the only technology to implement a system that would determine the future of finance in real-time.

Also, top players in the technology industry like eBay, Amazon, and IBM have come up with blockchain solutions tailored for direct and indirect clients. eBay gives unique and special blockchain extension services on the eBay website, and at the same time, IBM has created and developed an IBM blockchain system.

Rather than just providing a blockchain platform for exchanging cryptocurrency, they open the door to an alternative and more secure future. Thus, the future of blockchain projects and blockchain developers is bright.

Take advantage of our services

The Best Text Editors For Mac, PC & Linux To Level Up Your Work

11 Of The Best Programming Tips Straight From The Pros 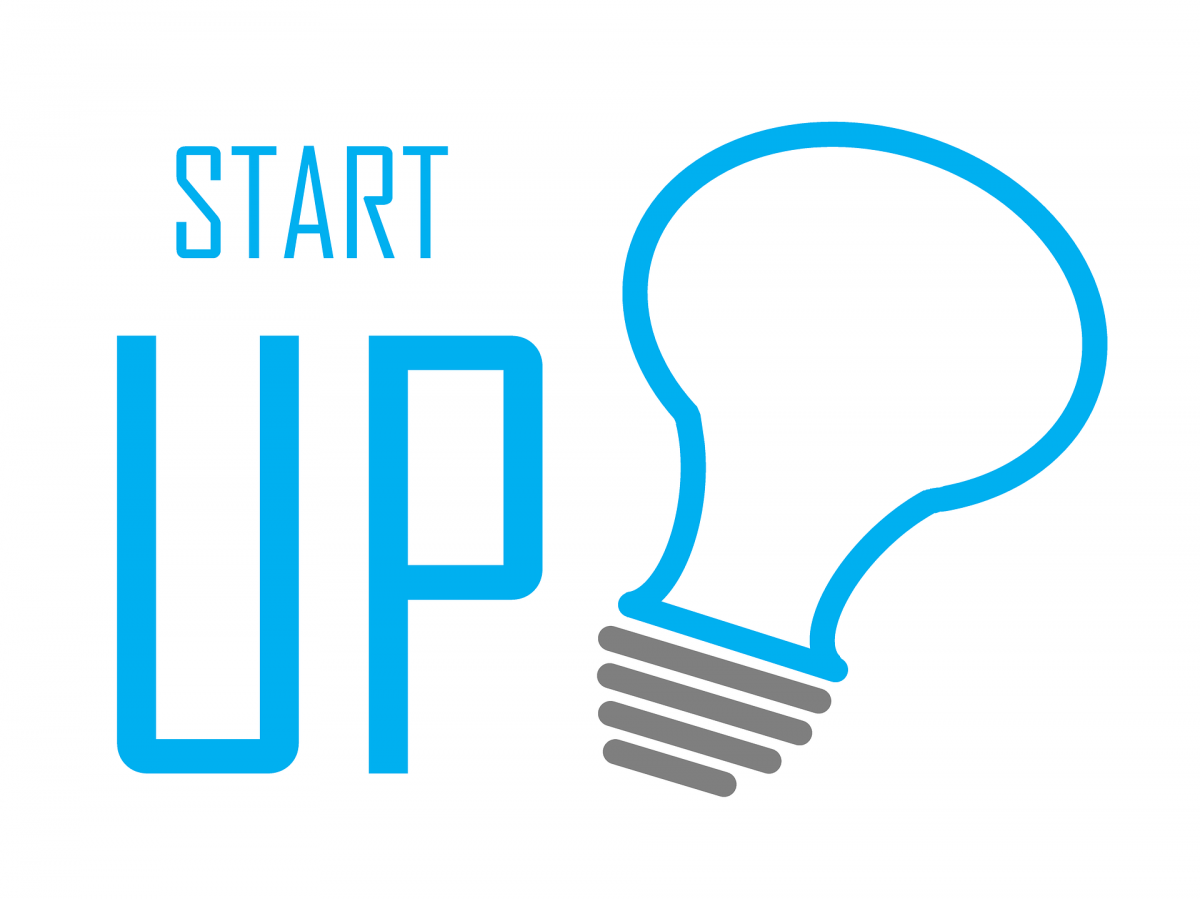