Raising funds is a significant step when launching a company and sustaining business operations as a SaaS startup. You need to calculate your running costs such as office space, utilities, salaries and wages, furniture and fittings, equipment, and more to start your operation.

With SaaS (Software-as-a-Service) increasingly being applied in almost all aspects, including software enterprises, revenues in the sector are projected to increase by 30%, resulting in a more than $150 billion market in 2022.

However, as a Software-as-a-Service (SaaS), it is essential to position your company for funding – and one of the ways to do that is by identifying your target capital providers. Whether you’re looking for your Seed or Series A round, it is necessary to identify the investors who will invest and make exceptional partners for your company.

Today, accelerators and investors are funding B2B SaaS companies in the industry. Thus, knowing who to partner with is essential for the growth of your B2B SaaS company.

Why Are VCs Investing in SaaS Companies?

SaaS startups develop their companies efficiently. They have higher quality sales revenue that grows every year.

Today, it is possible to develop a sizeable profitable business with $5 million in funding since SaaS startups build their companies efficiently. They have higher quality sales revenue that grows each year.

Investors love to invest in companies that have a good business plan as well as those that have a head start in the market.

For that, you need innovative marketing and distribution channels that can set you apart from other competitors in the markets. This will enable you to develop more quickly and efficiently than other companies.

How strong is your management team?

Investors like to invest their money in B2B SaaS businesses ideas, entrepreneurs, cloud companies, and founders of companies. Investors want to ensure that they are investing in the right person or founders.

However, venture capitals are looking to earn the best return on their investment. If they invest in B2B SaaS companies, they tend to invest $50 million and reach $50 million-plus of high margin ARR.

Does This Trend Expect To Continue?

Due to new rising valuations, in conjunction with the niche focus of most early-stage ventures, venture capitals will find it challenging to earn their target returns in the future. TechCrunch showed how the enormous returns that venture capitals have seen in their SaaS investments are likely to continue in the future.

The Maturation of SaaS

Just a few years back, when the SaaS business model was not standard a more significant percentage of investors’ interest was in consumer-focused tech companies due to the trend of IPOs (Initial Public Offerings) for Twitter and Facebook. For venture capital firms willing to invest in the B2B companies, prices were relatively cost-effective, providing investors with great opportunities in companies that would go on to become something great.

There is no longer a supply-side constraint on venture capital investments for enterprise SaaS.

The “Oklahoma Land Rush” of SaaS started back then in 2002’s when innovative SaaS companies took on significant business processes and converted them to Software-as-a-Service (SaaS). SaaS development was further supported over transforming existing processes as companies invented the new concept and brought them to market using the SaaS model.

However, the SaaS market is breaking down as it develops. New companies seek niche models, focusing on one or two market verticals instead of platform tech across multiple verticals.

For early-stage ventures, this means that the likelihood of an IPO is gradually mitigating. The more likely outcome for SaaS startups today is to sell for a modest price (for example, $100 million to $200 million).

The Price of Investing is Rapidly Increasing

The fact is that higher prices make it more challenging for venture capital firms to secure great investment returns for their venture capitalists (investors). The lucrative SaaS bets made ten years ago, at efficient valuations, are not a good indicator of the return on investments to be expected going forward.

How You Can Take Advantage

VC funds can provide access to established clients and accelerate a startup’s ability to find its market fit.

However, gaining this kind of entry can be challenging for new B2B startups still trying to create credibility. The value of nailing down market fit cannot be understated as it sets the early stage for acquiring a company’s first set of paying clients.

Once market validation is achieved, creating a commercial agreement can generate the required revenue in the early stage B2B startup. This should be in the form of a stand-alone agreement not tied to the investment agreement – that provides market value to both sides.

However, by securing paying customers, you can reduce the requirements for outside capital funds, and at the same time, demonstrate a sustainable business model. Furthermore, a B2B startup company can enhance its visibility in a competitive market.

Find out how to start your own SaaS company

What To Look For In A VC

The following factors are the five ranked-ordered aspects to evaluate:

SaaS startups have been an increasingly major choice for investors over the past few years, with venture capitals investing billions of dollars into the industry. As Emily Brungard, marketing analyst at High Alpha Company, has explained that “in many ways, 2020 has been the best year yet for SaaS – the very business model of SaaS lends itself well to uncertainty. Its flexibility has led to more IPOs, more revenue, and more interest in SaaS than ever.”

Sprk Investors provides Seed Capital to businesses in a diverse set of industries across the United States. SPRK Investors includes Accredited Investors from an extensive cross-section of sectors and backgrounds

Members not only invest, but mentor entrepreneurs and connect them to business resources, providing critical support to the success of early-stage businesses.

500 Startups is an early-stage venture capital firm established in 2010 with headquarters located in California. The company targets entrepreneurs in more than 70 countries, and it has invested in more than 2,300 companies.

Accel Partners invests in B2B startups in seed and growth stages. It focuses on FinTech, cloud computing, enterprise IT, security, client, and media. Accel partners were founded in 1983 and has offices in Palo Alto, San Francisco, London, China, and India.

The firm is popularly known for its early bet on Facebook. Some incredible deals it has participated in include Slack’s Series E Fund, Flipkart’s Series Ground, and Olacab’s Series E round. The company has invested in Freshdesk, Birchbox, and so on. The firm commonly investment from $1 million to more than $100 million.

Venture Friends is an early-stage venture capital firm based in Marousi, Greece, investing in Seed stage and Series A rounds. It has a sweet spot for marketplace Fintech SaaS, Travel Technology, and Prop Technology. In addition, the company makes investments ranging between €300k to €2.5 million, and it has the initiative to follow an investment ratio of 1:2.

SaaStr Fund is the brain box of SaaStr, a company that brings together founders, executives, and B2B SaaS entrepreneurs in one large community. SaaStr only invests in 4 to 5 startups every year, and its investments range between $0.1m to $2m per company.

The company is located in San Francisco, CA, and it helps startups develop their first management team while looking for the next-round investor and promotes their products or services. In addition, SaaStr fund only deals with founders that are part of the SaaStr community, and it has invested in different companies like MaestroQA, SalesLoft, and more.

Sales venture partners is a venture capital firm with headquarters located in Foster City, CA. Scale venture partners focus on early-in-revenue tech companies in SaaS, cloud computing, mobile, internet, and products. However, the firm participates majorly in Series A and B deals, investing about $10 million to $15m in $25m deals. Nevertheless, they can go as low as a $5m deal when making an investment.

It has more than 25 years of experience with over 390 investments, including 45+ IPOs. They’ve invested in several B2B companies such as ExactTarget, Yext, Veeam, and more. The firm makes investments ranging between $1m to more than $10m.

Andreessen Horowitz (a16z) was founded in 2009, a Silicon Valley venture capital firm supporting technology entrepreneurs. a16z invests in seed to the last stage companies in several spaces like enterprise, healthcare, fin technology, and crypto. It has close to $16.5 billion in assets under its management and an active portfolio, including DoNotPay, Sandbox, HealthlQ, and many more.

Battery Ventures is a worldwide technology-based company with 37 years of experience in the industry. It targets companies like application software, IT infrastructure, cloud, and consumer mobile/software. Their website has invested in over 300 companies like Amplitude, ProfitLogic, Practice Fusion, 6Sense, and more. The company is based in Boston, MA, and has five other global offices, including Silicon Valley and London.

Matrix Partners VC firm was founded in 1997 and is headquartered in San Francisco, CA. It focuses on seed companies predominately based in the United States, London, China, and India. Matrix has invested more than $4 billion in many companies like HubSpot, Markforged, Lever, and Oculus.

Matrix’s target is to be the largest non-management shareholder and first institutional investor in its portfolio companies. The company makes investments of $10m in software, healthcare, fintech, and internet companies. In addition, Matrix Partners commits to follow-on investments over its partners.

How To Pitch To Investors 101 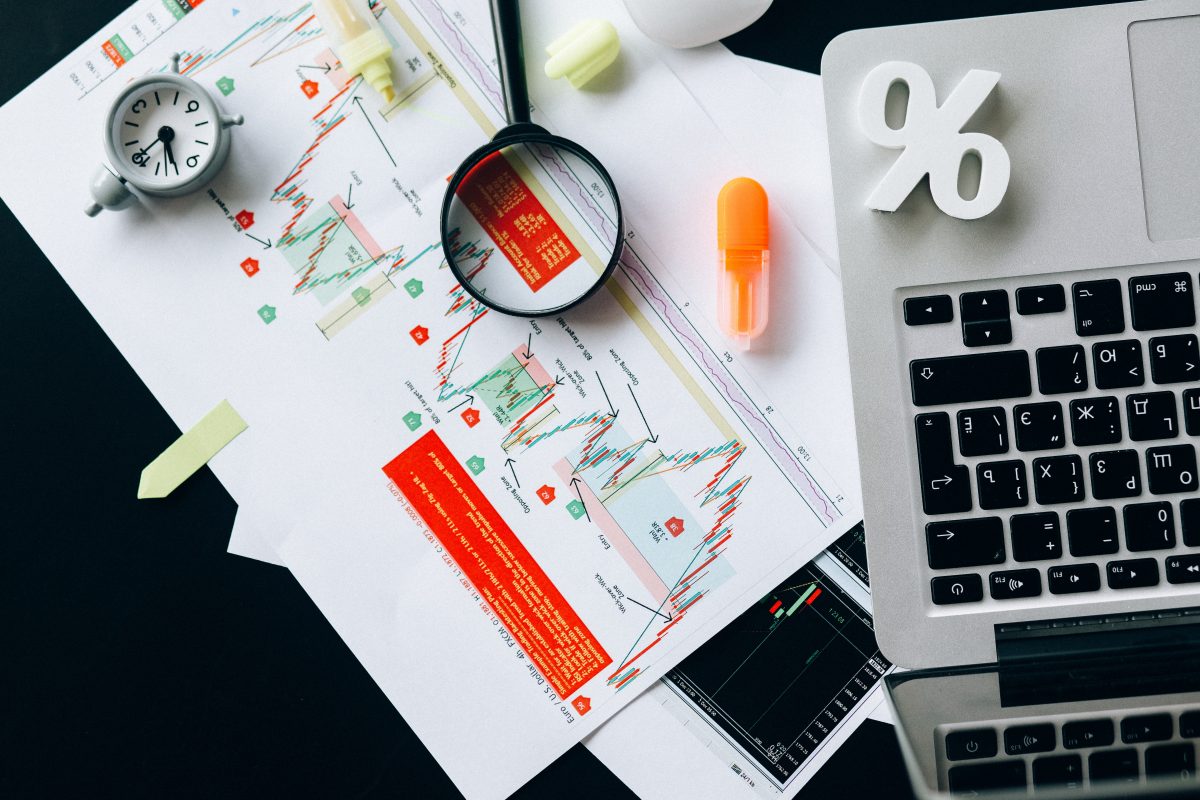 Why Venture Capitalists Need To Add SaaS Companies To Their Portfolio